My Lesbian Experience With Loneliness (Paperback) 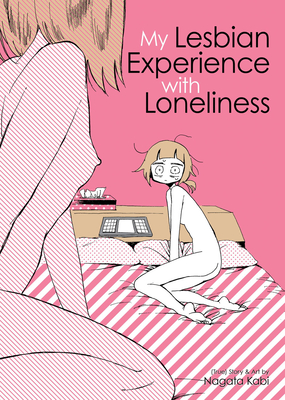 Other Books in Series

This is book number 1 in the My Lesbian Experience with Loneliness series.

A comical, heartwrechning way-too-real-at-times insight into a disheveled sexual awakening that I wish I was able to read in High School. Prepare to cry.

HARVEY AWARD WINNER The heart-rending autobiographical manga that’s taken the internet by storm! My Lesbian Experience with Loneliness is an honest and heartfelt look at one young woman’s exploration of her sexuality, mental well-being, and growing up in our modern age. Told using expressive artwork that invokes both laughter and tears, this moving and highly entertaining single volume depicts not only the artist’s burgeoning sexuality, but many other personal aspects of her life that will resonate with readers.

Kabi Nagata is a manga artist best known for her autobiographical comic, My Lesbian Experience with Loneliness.

Winner of the 2018 Harvey Award for Best Manga and the 2017 Crunchyroll Anime Award for Best Manga, and acclaimed in Vox's top books of the decade, The Advocate's Best LGBT Graphics Novels of 2017, the NPR Guide to 2017’s Great Reads, and the Publishers Weekly Best Books 2017.

"While the subject matter is by no means light, this moving and honest slice of life will resonate with anyone who has questioned themselves or ever been conflicted in their lives. And let’s face it: that is all of us." -- Judith Utz, Teen Vogue

"The self-discovery that follows is utterly fascinating." -- Abraham Riesman, Vulture

"Sheds light on the complicated emotional and mental dynamics involved in lesbian relationships. Her story is an open, honest, and deeply personal look at her struggles to fight back against her eating disorder, stop self-harming, and learn more about her sexuality." -- Ana Valens, The Mary Sue

"...this is a comic that (a) treats sex workers with dignity and agency in a medium which has been historically unkind, (b) addresses very real themes of self-harm in a direct and honest way, and (c) adopts an attitude of complete acceptance of sexuality fluidity." -- Katie Skelly, The Comics Journal

"My Lesbian Experience with Loneliness is one of the most powerful manga I have ever read, and it all comes down to Nagata Kabi's openness and honesty." -- Nik Freeman, Anime News Network

"No question, absolutely, my pick this week is My Lesbian Experience with Loneliness, which was simply one of the best autobiographical manga I’ve read." -- Sean Gaffney, Manga Bookshelf

"A complicated play of gender and sexual identities that Nagata unbinds and sorts through with striking aesthetic aplomb. " -- Shea Hennum, The A. V. Club

"It's impossible not to shed tears while reading this work; Nagata's unflinching honesty is courageous, but the reason it resonates is because it parses experiences many of her readers have, but have never been able to give voice to. Nagata gave voice to her experience and that has allowed her readers to realize they are not alone." -- Hans Rollman, Pop Matters

“My Lesbian Experience is doing the work the mainstream cultures shys away from, foregrounding the queer sexual body without fetishization, and treating queer intimacy not as taboo, but as intrinsic to humanity. Through Kabi’s female gaze, this comic paints scenes of gentle intimacy.” -- Lizzy Lemieux, Lambda Literary