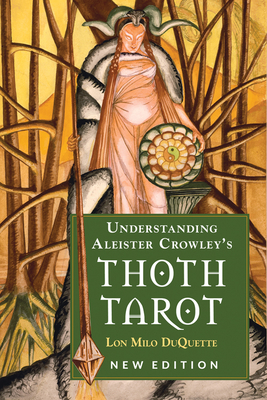 The most wicked man to ever walk the Earth sure had wicked insight into the sacred mysteries of the planets, stars, gods and the Tarot.

Originally published in 2003, Understanding Aleister Crowley's Thoth Tarot has proved to be the essential guide to accessing the unique symbolism and meaning of Aleister Crowley's remarkable tarot deck along with the deeply textured artwork of Lady Frieda Harris. Crowley authority Lon Milo DuQuette starts by providing an insightful historical background before delving into descriptions of each card in depth, from a tarot perspective and from an expanded, magickal point of view. He first describes the tarot meaning of each card in detail and then explains all the other attributions Crowley intended.

This unique guide has been updated with a new introduction that provides information on the unicursal hexagram cards included with the deck but never explained.

Lon Milo DuQuette has been involved with occult studies since the late 60s, and has become an acknowledged and widely recognized authority within the world of modern occultism. His previous publications include Magick of Thelema, The Tarot of Ceremonial Magick, Angels, Demons &amp; Gods of the New Millennium, and the humorous, biographical My Life with the Spirits.